Specialty Pistols
SP Floater
This topic can be found at:
https://specialtypistols.infopop.cc/eve/forums/a/tpc/f/3826077864/m/6550093886
Nitemann
SP Floater
Always amazes me how some XP's float around being passed from one sp'er to another until they land in their forever home. This XP started out being acquired by Dalawdawg as a Bond 7mm Br short, Jeremey soon discovered it was PIA moving the shoulder back so wisely so ran a 7mm Br reamer in the chamber to make it a standard 7mm Br. It shot amazing when he was done. After a few years it moved along to GASixgunner where it was supposed to be destined the base for a custom build. Low and behold a custom XP fell into GASixgunners hands so once again it moved along to 4570 Hunter where it was once again supposed to be the basis for a custom build. Things happen though and once again it moved along but this time it took along trip west as just the barreled action. I'm pretty certain it won't be going any where else.This message has been edited. Last edited by: Nitemann,

Nitemann
No, it's still a 7mm Br. Member 4570 Hunter was the previous owner.

nmhunter
Traveling XP's seem to end up in Phoenx

Nmhunter
GoWyo!
Nice! Don't cut yourself on those flutes!
Gator T/C
That is more of a "floater" than you know! I got the barrel used from a guy called "Gun Zorro" (from California?). This was the first barrel I put on a bolt action. I stressed about the front sight holes and properly indexing barrel. Since the chamber was a tight neck (0.305") I decided to just trim it back and make a 7mmBR short. The gun shot really well but I did not shoot it much and I traded it off for a Reeder .475 Linbaugh! 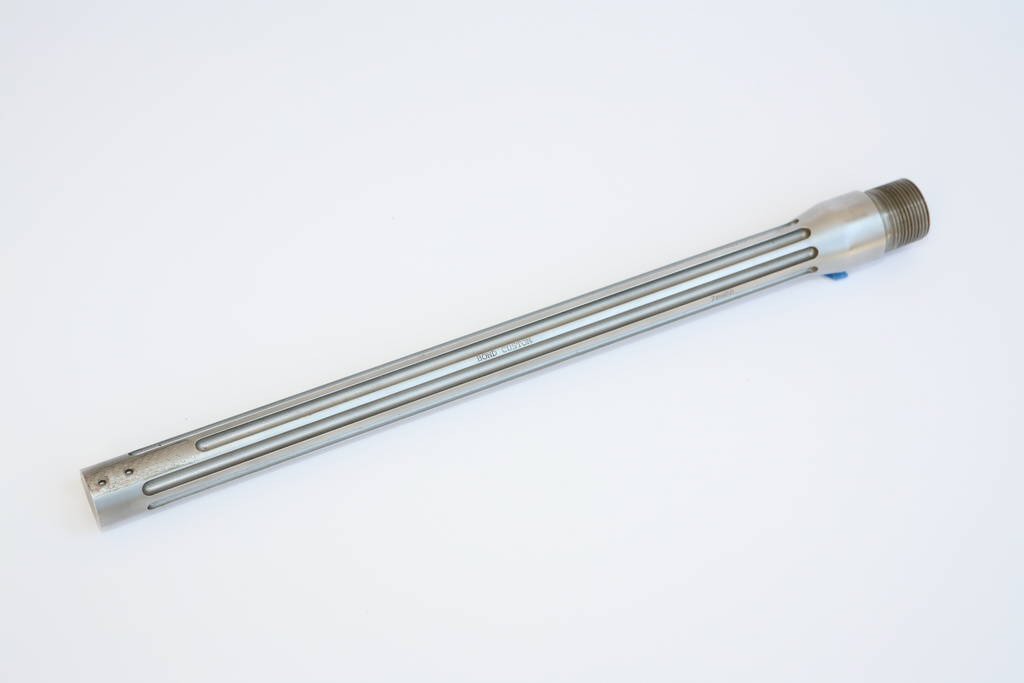 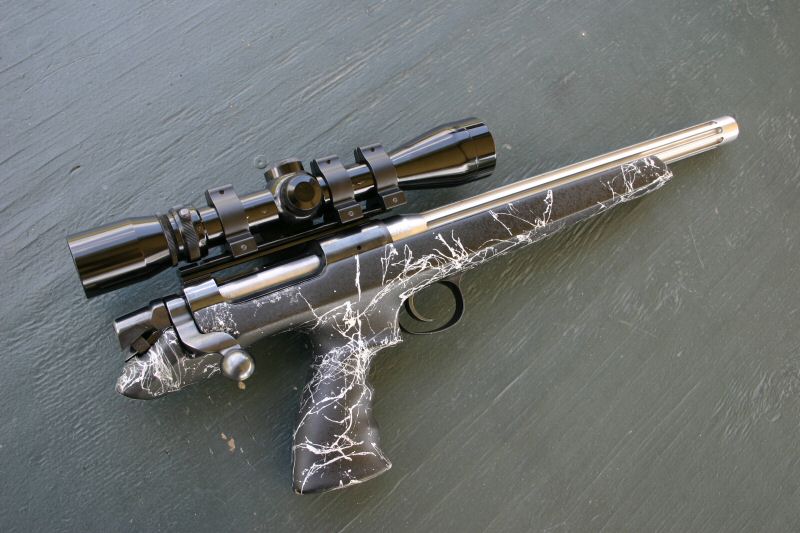 Nitemann
Thanks for adding that Gator, I remember your pic now. It's no longer a tight neck which is a good thing. Everybody who has owned states how accurate it is. Amazing how things move around as interest and needs change.

Rick
Iowa Fox
Nice update on a piece of history gator. I'm curious about your stock, especially the trigger guard. These crazy XP's are about like a box of chocolates anymore.
Gator T/C
That stock was one of the old style McMillan stocks with a heavy thumb rest. They had an aluminum 700 ADL style molded into the stock. That was a fun barrel and I am glad it is getting used.

Iowa Fox
Thanks gator. The reason I'm so curious is I have one of the stocks spotted for not much money. The one I have spotted is brown just as it came from McMillan. Did the action fit the machined area in the stock where the action sits well? Don't want to bed if I don't have to since it will get moved around form XP to XP. What did you think about the feel of the stock? You stock looks fantastic. Was yours originally brown also and you painted it? Thanks

JonThis message has been edited. Last edited by: Iowa Fox,
TXBRASS
Very cool.... Kinda like an "Ancestory.com" on your SP!